There are several bindings or methods introduced with the SAML specification such as HTTP Redirect Binding, HTTP POST Binding, and HTTP Artifact Binding. The SAML Artifact Binding uses a special token to transport sensitive information between two parties.

You can use HTTP artifact binding for instances where the SAML requester and responder need to communicate with each other using an HTTP user agent as an intermediary, but its limitations preclude or discourage the transmission of an entire message (or message exchange) through it. This may be due to some technical reasons or the reluctance to expose the message content to the intermediary (where encryption is not practical).

SAML artifact is a short, opaque string which will have the ability of an artifact receiver to identify the issuer of the artifact, resistance to tampering and forgery, uniqueness, and compactness.

The format of a SAML artifact is shown below:

The diagram below shows the process of SAML Artifact Binding. 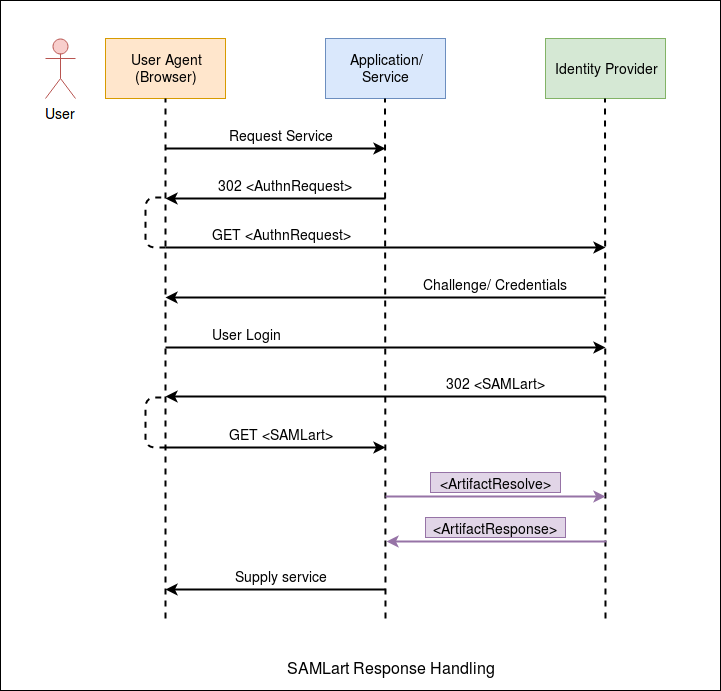