eIDAS (electronic IDentification, Authentication and Trust Services) is an EU regulation on electronic identification and trust services for electronic transactions in the internal market. For a set of eIDAS-compliant technical specifications that the member states of the EU need to refer to, see here.

Following is an example eIDAS network with proxy to proxy connection between two "member states" (MS). 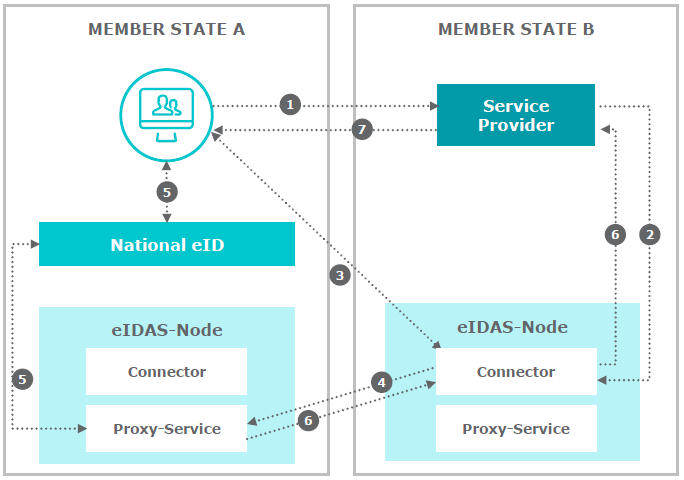 Following is what happens in the illustration given above.

For more information on how eIDAS works, see How does eIDAS work?.