While deprecated features can still be available and support for existing users, they will not be further enhanced, nor recommended for use. Removal of deprecated capabilities will occur over a deprecation window, in which the feature will undergo several phases in the deprecation life-cycle. 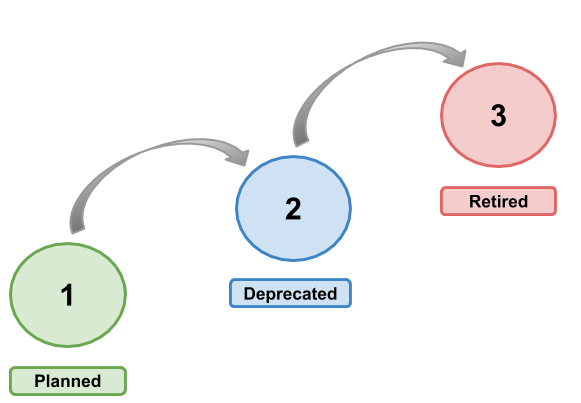 The following terms refer to the different phases of the feature deprecation life cycle.